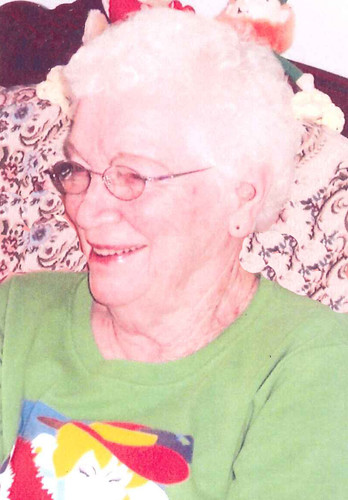 Mrs. Gertrude Fraser, wife of the late William Fraser, formerly of Sainte-Thérèse Sud passed away on Monday July 22, 2019 at the Villa Sormany, Robertville, at the age of 91.

Born in Pokeshaw, she was the daughter of the late Ernest and Celina (Landry) Sisk.

She is survived by her children: Susan Chamberlain (Paul) and Ann Roussel (Réal) both of Robertville, James (Pat) of Grande Prairie AB and William (Carolyn) of Edmonton, AB.

Besides her husband, she was predeceased by two sons, Danny (1975) Harry (2006), a daughter Cynthia (1991) as well as her brothers: Austin, Ernie, Vince, Pat and one infant sister Gertrude.

There will be no visitation at the funeral home. Funeral service will be held Saturday, July 27th, 2019 at 11 a.m. from the Evangel Pentecostal Church, Basin St., Bathurst.

For those wishing to send tokens of sympathy, donations may be made to a charity of the donor’s choice.