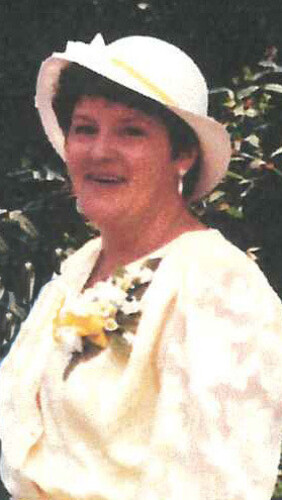 Bathurst – Mrs. Marie-Agita Ruddell, wife of the late James Newton Ruddell, formerly of St. Mary's Ave, Bathurst, passed away at the Chaleur Regional Hospital, Bathurst on Monday January 25, 2021 at the age of 72.

Born in Bathurst, she was the daughter of the late Théophile and Léonile (Legacé) Lagacé.

She is survived by two sons:  Bernard Gallagher (Marion) of Bathurst and  Donald Dean King (Tina) of Cambridge, ON.   Four grandchildren: Jessica, Kristen, Alexander, and Victoria.

There will be no visitation at the funeral home. A graveside service will be held at a later date. Arrangements are in the care of Elhatton’s Funeral Home (www.elhatton.com), Bathurst.