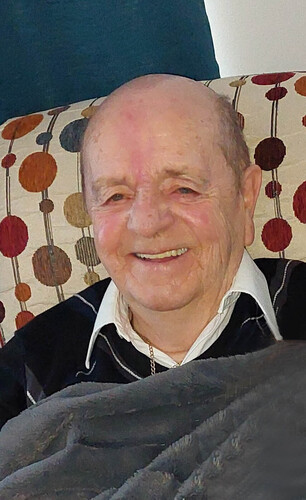 Bathurst – Roger Boudreau, husband of Gisèle (Tougas) Boudreau, formerly of Dunlop, passed away peacefully at the Residence Le Royal in Bathurst on Wednesday September 14th, 2022 at the age of 76.

Born in Bathurst, he was the son of the late Clifford and Imelda (Christie) Boudreau.

Besides his wife, he is survived by his daughters: Gaétane Boudreau (Chris Inglis) of Gatineau, Qc and Isabelle Lewis (Kevin) of Petit-Rocher. Seven grandchildren: Jacob, Jasmine, Charlotte, Dominic, Olivier, Emily and Henry.

A sister-in-law, Anne-Marie Boudreau of Dieppe as well as many nieces and nephews.

Besides his parents, he was predeceased by his brothers: Ernest, Camille, Vernon, Pierre-Paul, his sisters: Blanche, Noëlla, Carmel and his stepmother, Brigitte (Albert).

Roger was retired from Canada Post. He was the former President of the Maritime Branch of Canadian Postmasters Association. Roger was a 3rd Degree member of the Knights of Columbus Beresford Council. He loved gardening, was a man of faith and most of all loved spending time with his family and grandchildren.

The family will receive relatives and friends at Heritage Funeral Home (www.mfheritage.com), Beresford on Monday September 19th, 2022 from 7 to 9 p.m. and on Tuesday September 20th from 2 p.m. until time of funeral which will be held at 4 p.m. from Holy Name of Jesus Church, Beresford.

Donations in memory of Roger may be made to a charity of the donor’s choice.