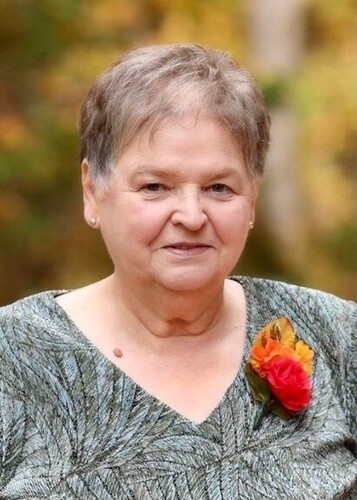 We, the family, are saddened to report the death of Gerry Sealy which occurred on January 2, 2023 at Chaleur Regional Hospital. She was born Halifax, NS to Frank and Christine Proctor. She moved to Beresford, NB in infancy. She was the third born of nine children. She was predeceased by sister Carol, and her parents.

She was a single mother to Stephanie and Andrea. She worked hard as a travel agent at Bathurst Travel and Harvey’s Travel, as well as working as a ward clerk at the Chaleur Regional Hospital on the weekends. She later left the travel industry to work full time at the hospital. She retired in 2018. She had little time for leisure, but loved a good game of Scrabble anytime that the opportunity presented itself. After each victory she would taunt her opponent by saying. “the winner and still champion of the world!”

Her children and grandchildren were her pride and joy. She would never miss an opportunity to tell anyone she met about them.

Cremation has taken place. According to her wishes there will be no formal visitation. Donations may be made to The Canadian Diabetes Association or a charity of your choice.

We would like to thank Dr. Boudreau, Dr. Gagnon, and the nursing staff on 2 West and in Palliative Care for their outstanding care of our mother. Special thanks to Alicia, Pascal, and Kim for being so kind and compassionate in delivering excellence in nursing care. Our profound gratitude to Pastor Glen Sampson for his comforting words and spiritual guidance to Gerry during her final days.