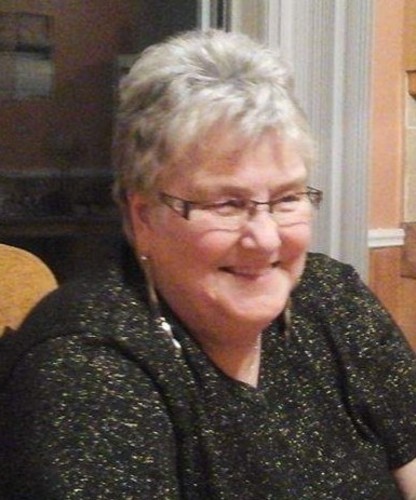 It is with great sadness that the family of Adeline Jones-Doucet announce her passing on August 9th, 2019 at Saint John Regional Hospital at the age of 71.

Adeline was the daughter of the late Albinus and Ida (Donnelly) Jones and the wife of the late Gerald Doucet.

Adeline passed away with her family by her side after a lengthily illness. She is survived by her loving daughters Helen Henry (Isadore) of Big River, NB, Marlene Irwin (Stephen) of Quispamsis, NB, and her son Michael Vienneau of Bathurst, NB. She also leaves behind the loves of her life, her grandchildren Kayla “Pretty Girl” Irwin, Timothy “Buddy” Henry and Jaclyn “Pumpkin” Irwin. Also, her great grandson John “Mimay Little Man” Betteridge.

Adeline was an avid seamstress, always making or fixing clothes for people. She was a very kindhearted woman and will be missed by many. She felt warmth with the family around her at all times and was very proud of every single grandchild as they grew over the years. However, her one true wish was to be reunited with the love of her life, Gerald.

The family will receive relatives and friends at Elhatton’s Funeral Home on Thursday, August 15th, 2019 from 7 to 9 p.m only. Funeral mass will be celebrated Friday, August 16, 2019 at 2 p.m. from the Elhatton Funeral Home Chapel, Bathurst. Donations in memory of Adeline may be made to the Heart and Stroke Foundation, the Canadian Cancer Society or a favorite charity.