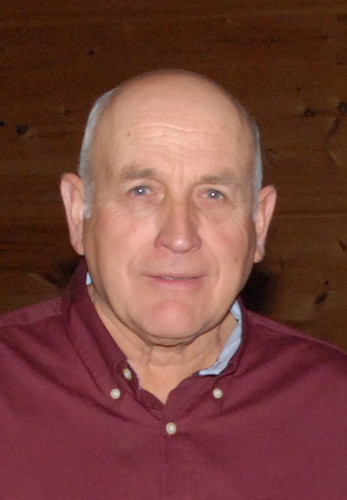 It is with much sadness that we, the family, announce the passing of Alfred Melanson of South Bathurst. He passed away at the Chaleur Regional Hospital on December 3rd, 2019 with family by his side. He was 75 years old.

Alfred was the son of the late Eldon and Helen (Bertin) Melanson. He is survived by his wife Judy (Nugent) Melanson, and his children Shauna (Greg) of St. Albert, Cheryl (Christian) of Fredericton, Warren (Andrea) of Ottawa, and Darren (Kristina) of Halifax. He is also survived by his grandchildren Marcus, Max, Amaya, Ian, Celia and Linden; as well as his siblings Franklin (late Patricia), Marion (Wesley), Isabel (late Gilbert) and Theresa (Kenneth).

He was predeceased by his sisters Olga, Jeanette, Causetta; and brothers, Albert and Edward.

Born in Bathurst, he spent his life surrounded by his large and loving family, and many friends. For most of his career he was self-employed in trucking and snow removal. Next to his family and friends, the things he loved most were singing, playing his guitar, and the outdoors. He will be dearly missed by all.

His immediate family would like to thank all who supported and cared for him throughout the past year including staff of the Bathurst and Moncton Hospital’s.

Visitation will be on Sunday, December 15th from 7 to 9 pm at Elhatttons Funeral Home (www.elhatton.com), Bathurst. Funeral service will be held on Monday December 16th at 11 am from the Sacred Heart Cathedral, Bathurst. Donations in memory of Alfred can be made to the Leukemia and Lymphoma Society of Canada or a charity of your choice.