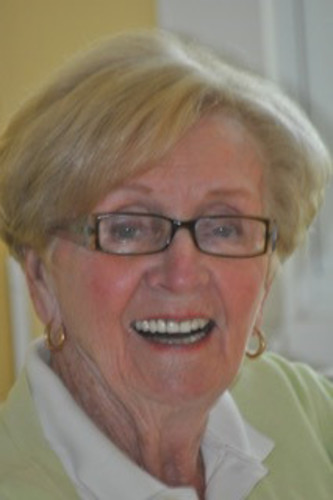 Born in Bathurst, she was the daughter of the late Joseph and Nelda (Clifford) Connolly.

Eleanor was predeceased by her husband, Paul and by her sisters Noreen and Patricia and brothers Donald, Gerald and Bill.

She is also survived by eight grandchildren: Brendan, Conor, Paul, Sarah, Shiobhan, Kathleen, Olivia and Andrew. And many nieces and nephews.

Eleanor lived life to the fullest. Her husband and family were the center of her life. Simple things such as afternoon tea with family and friends were a great source of pleasure. She particularly enjoyed summers spent at Youghall Beach where she was often called upon to care for her grandchildren. Eleanor loved to travel and did so extensively and frequently. Excursions to the New England States with Noreen and Patsy were a highlight of each new season.

Eleanor had a large circle of friends. During the last few years Eleanor and her family benefited greatly and gratefully from the generous care, support and companionship provided by Edithe Stevens and Claudette Lavigne. The family would also like to thank Shelly and other members of staff at the Rockmaura Nursing Home in Saint John, N.B. and the staff of the Foyer Notre-Dame-de-Lourdes in Bathurst for the special care and attention provided over the years.

There will be no visitation at the funeral home. Funeral mass will be celebrated Friday, January 31st, 2020 at 4 p.m. from Sacred Heart Cathedral.

Donations in memory of Eleanor may be made to a charity of the donor’s choice. Arrangements are in the care of Elhatton’s Funeral Home (www.elhatton.com), Bathurst.