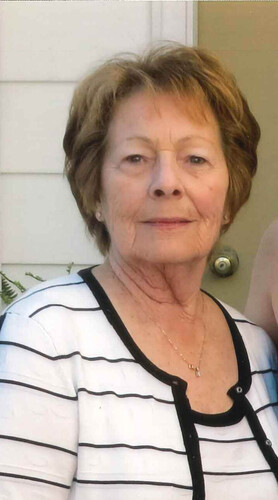 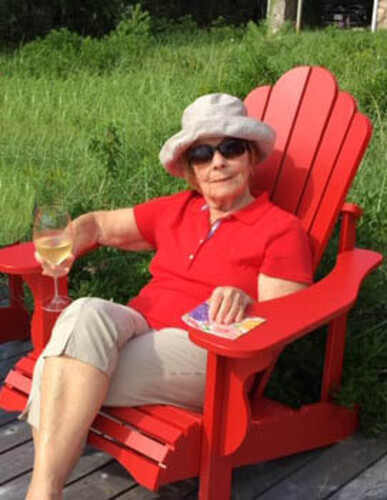 Bathurst - It is with tremendous sadness that we the family announce the passing of Mrs. Margaret "Peggy" Doucet Melanson, 77, of Bathurst, loving wife of Edmund "Boy" Melanson and the late Howard Doucet, which occurred Thursday June 18, 2020 at the Chaleur Regional Hospital, Bathurst, with her two daughters by her side.

Born in Bathurst, she was the daughter of the late Wilfred and Laura (Boucher) Blanchard.

Besides her husband, she is survived by two daughters: Lynn Boudreau (Marc) and Jane Doucet (Peter Morrison) both of Bathurst.

The Doucet family and her extended family: Margie, Ed, Molly, Katie and Bryce.

Auntie Peggy will be dearly missed by several nieces, nephews, grand-nieces and grand-nephews.

She was pre-deceased by a sister, Vonnie, brothers: Kenny and Ned.

She was an avid Hockey Fan, starting with the early years with the Bathurst Papermakers, whether it was proudly attending her three grandsons’ games, Titan games or traveling to World Junior events. A talented seamstress, sewing a million threads for anyone that needed anything done. She was happiest when making delicious meals and entertaining family and friends. She was a member of the Sacred Heart Cathedral Catholic Women’s League, former member of the Gowan Brae Golf Club, longtime volunteer in many capacities & community events, playing cards with the card ladies in town and the beach ladies. She will be sorely missed by family and friends.

The family wish to thank Dr. F. Nadeau, Dr. P. Eddie and the staff of the Palliative Care Unit of the Chaleur Regional Hospital for the excellent care given to her.

Due to the pandemic, a celebration of her life will be held at a later date. Donations in memory of Peggy may be made to Chaleur Regional Hospital Foundation or a charity of the donor’s choice.