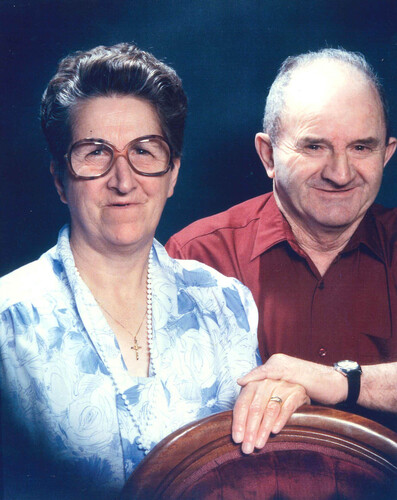 It is with great sadness that the family of Mrs. Leona Roberts, wife of the late William Roberts of Bathurst, wish to announce her passing, which occurred at the age of 93 on Tuesday, October 27, 2020 at the Chaleur Regional Hospital in Bathurst.

Born in Bathurst, she was the daughter of the late Joseph and Amanda (Graham) White. Leona is survived by her children: Dorothy Roberts, Harold Roberts, both of Bathurst. Donald Roberts of Saint John and Arnold of Moncton.

Her brother, Hector (Solange) of Darling Island, NB, and her sisters: Theresa White of Bathurst, Rita Chamberlain of Allardville and also several nieces and nephews.

She was predeceased by a granddaughter, Debbie, a brother, Ernest, two sisters: Effie and Mary and a niece Bertha. There will be no visitation at the funeral home. A private funeral service will be held by invitation only. In memory of Leona, a donation to the Heart and Stroke Foundation or a charity of your choice would be appreciated. Arrangements are in the care of Elhatton Funeral Home in Bathurst. (www.elhatton.com)