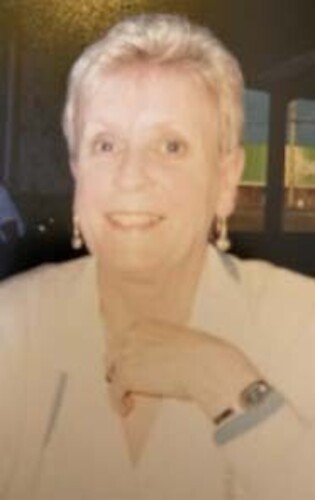 The death of Jean Richardson, born in Fredericton, NB, occurred at the Foyer Notre-Dame de Lourdes in Bathurst NB, on November 24th, 2020. She was the daughter of the late William Smiley and Margretta Creaser of Fredericton, NB. She was predeceased by her husband Peter Richardson of Saint John, NB.

She is survived by four sons, John Ferguson, Scott Ferguson (Ginette) and Glen Ferguson all of Bathurst and Peter Ferguson of Barrie, ON.

Jean was first and foremost a mother to her kids, but in later years, worked as a store manager for Towers Luggage and Leather in Bathurst and Fredericton. She was an active member of MS Society, member of Bathurst and Fredericton Curling Clubs, board of directors (Junior Chairperson at Gowan Brae Golf Club), First United Church UCW, Explorer leader, assistant manager at HP Lunchroom and a volunteer for Bathurst Minor Hockey and Bathurst Minor Baseball.

A family and friends service will be held in Fredericton at a later date.

Donations in memory of Jean may be made to a charity of the donor’s choice.

Many thanks to the staff at the Foyer Notre Dame de Lourdes in Bathurst for their outstanding care.