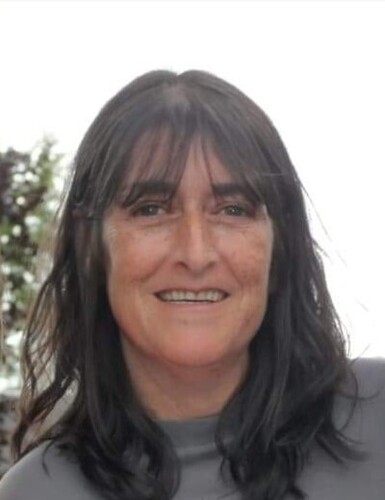 It is with great sadness that Kenneth and Yvonne Aubie announce the passing of their first-born daughter, Diana Aubie, on January 14, 2021. Diana passed away at home, after a short and courageous battle with cancer at the young age of 57.

Not only will she be missed by her partner, Wayne Hickey, but also by her four children: Kevin and his wife Nicole and their daughters Harper, and Taylor Diana; Samantha and her children: Emma, Dillan, Ethan and Logan; Jordan and his spouse Vicki, as well as Jody and her daughter Charlie.

Forever remembered by her three sisters: Louise and spouse Greg, Brenda and Michelle as well as her niece, Janelle and nephews: Karson, Alek and Liam. Diana joins her predeceased nephew Benjamin Morneau, her grandparents Edmund and Rena Aubie, as well as her grandparents Médor and Martine Duguay, whom Diana wishes to be buried with in Allardville, NB.

The family would like to kindly thank Vicki Mercer for the love and special care given to Diana during her last fighting months.

A Celebration of Life will be held with her family, and friends at a later date. Until that time, Diana’s wishes were to be cremated, and placed on a special shelf at her first born’s home, so she may watch over them all.

Donations in memory of Diana may be made to the Canadian Cancer Society or to a charity of the donor’s choice.