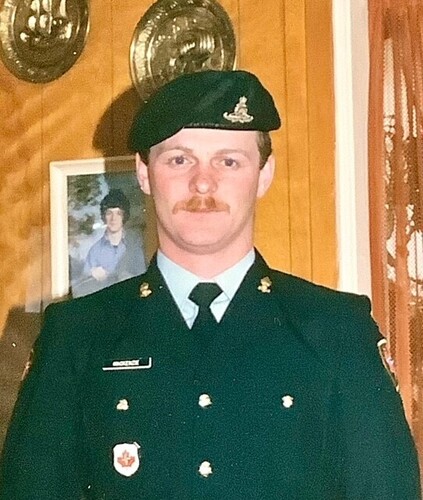 Bathurst - Donald MacKenzie, of Munro St., Bathurst, passed away suddenly at his residence on Thursday January 14, 2021 at the age of 56.

Born in Antigonish, NS, he was the son of the late Daniel R. and Charlotte (Hickey) MacKenzie.

Donald served in the Canadian Armed Forces for over 10 years and later worked out west in the Oil Fields. He loved hockey, especially the Montreal Canadians and was also a lover of animals.

He is survived by four brothers: Daniel (Judy) of Antigonish, NS, Ronald and Darryl both of Bathurst, Joseph (Lisa) of Hanmer, ON.

Many nieces, nephews and cousins.

Besides his parents, he was predeceased by two brothers: Cornelius and John.

There will be no visitations at the funeral home. A graveside service will be celebrated in the spring. Arrangements are in the care of Elhatton Funeral Home (www.elhatton.com) Bathurst. In memory of Donald a donation may be made to a favorite charity.