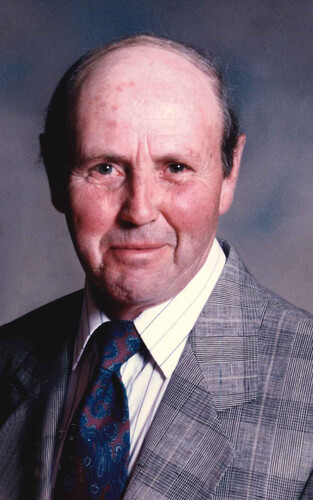 Mr. Wesley Miller, husband of the late Ethel (McCarthy) Miller, of Bridge St, Bathurst, passed away on Thursday, January 21, 2021 at the Chaleur Regional Hospital, Bathurst at the age of 88.

Born in Bathurst he was the son of the late Franklin and Esther (Good) Miller.

He is survived by two sons: Garth (Annette) of Miramichi and  Kirk of Grande Prairie, AB.

He was pre-deceased by a son, Keri, three brothers: Stanley, Sterling, Richard and one sister, Lydia Scott.

The family will receive relatives and friends at Elhatton’s Funeral Home (www.elhatton.com) St. George St. on Tuesday, January 26th, 2021 from 7 to 9 p.m. The visitation is open to the public with physical distancing measures in place.

Due to the current pandemic, a funeral service will be held at a later date.

Donations in memory of Wesley may be made to the Heart and Stroke Foundation, St. George’s Anglican Church a charity of the donor’s choice.