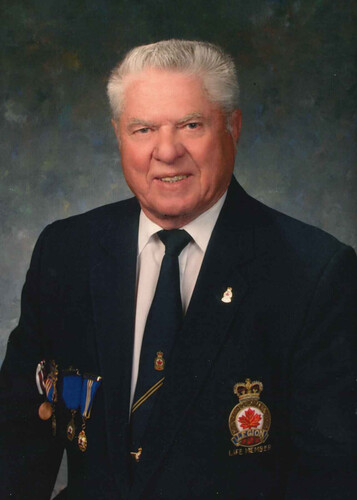 Born in Bathurst, he was the son of the late Ernest and Jennie (Murray) Ramsay.

Marvin served in the Royal Canadian Army for over 3 years and was a member of the Herman J. Good, V.C. Br. 18 Royal Canadian Legion, Bathurst. Member of the St. John, No. 27, F&Am of the Masonic Order and was retired from the former Smurfit Stone Paper Mill.

He was pre-deceased by his wife, Bessie (Eddy) Ramsay and is survived by two sons: Ernest Ramsay (Cyndy) and Eddy Ramsay (Sonia) both of Bathurst.

Two sisters: Empress Thompson (Herman) of Trenton, ON and Irma Graham (late Donnie) of Havelock, ON. Several nieces and nephews

He was pre-deceased by sisters: Louella Coollen and Lyla Gallagher.

There will be no visitations at the funeral home. Due to the current pandemic, a private family service will be held from the First United Church, Bathurst. Arrangements are in the care of Elhatton’s Funeral Home (www.elhatton.com), Bathurst. Donations in memory of Marvin may be made to the Herman J. Good, V.C. Br. 18 of the Royal Canadian Legion or a charity of the donor’s choice.