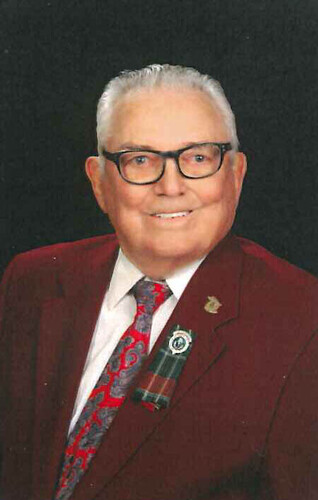 It is with great sadness, that we the family, announce the passing of Father, Grampy, Brother, Uncle, and Friend, Lorne of Bathurst, lately of Tabusintac; who left us peacefully on February 18th, 2021 at the age of 92.

Born in Tabusintac, he was the son of the late James Earl Stymiest and Nellie Eva (Robertson) Stymiest.

Besides his parents, Lorne was predeceased by his wife, Diane [Gilker] in 2009; brothers, Ephriam, Earl, Bobby and sisters Marguerite, Eva and Beryl. He is survived by one brother, Benson of Tabusintac. Lorne is also survived by his son Shawn Stymiest [Monica] of Bathurst, NB, and two daughters, Shalene Stymiest-Losier [Gary] of Quispamsis, NB, and Stacy Blair [Peter] of Airdrie, AB.

Grampy Stymiest will be deeply missed by 6 granddaughters: Olivia and Katie Stymiest; Casey (Losier) Armstrong, Taylor (Losier) Black, Delaney Stymiest-Losier and Loryn Losier; and one grandson, Joseph Blair. As well as numerous nieces, nephews and great-nieces and great nephews whom he cherished.

Lorne loved the outdoors and was employed by the Department of Natural Resources for over 30 years and was the recipient of the Shikar Safari International award for game protection. Lorne was an active member of the First United Church in Bathurst, for 50+ years participating in their Men’s club, the Men’s choir and many other groups and activities. He was one of the founding members of Ducks Unlimited and active in Crime Stoppers in the Region. As a long time member of Shriner's, he was particularly dedicated to fundraising for the Shriners Hospital for Sick Children. Lorne loved working with his hands and spent countless hours crafting decoys which have won prizes and found homes with collectors all over the world.

Dad was passionate about history and shared this through stories with his children and grandchildren, covering topics from family history to World Wars. He loved to read, hear and share a good story. Lorne had an incredible sense of humour and was the ultimate prankster. He enjoyed being on the giving or receiving end of a good joke. His greatest love, however, was spending time with his grandchildren, of whom he was immensely proud. He was interested and engaged in their lives and schooling, celebrating every milestone and making each one of them believe they were the “favourite”. To Lorne, “Family was everything”.

There will be no visitation at the funeral home. A private graveside service will be held at a later date. Donations in memory of Lorne, may be made to the Heart and Stroke Association or a favorite charity. Arrangements are in the care of Elhatton’s Funeral Home (www.elhatton.com), Bathurst.