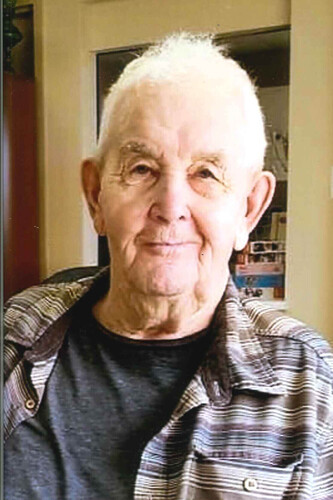 It is with great sadness that the family of Lloyd Eldon Sealy, formerly of Janeville, NB announce his passing which occurred on Wednesday July 7th, 2021.

Lloyd passed away peacefully at the Robert L. Knowles Veteran’s Unit in Bathurst at the age of 86.

Born in Canobie, NB, Lloyd was the eldest son of the late Helen (Knowles) and Eldon Sealy.

He is also survived by his loving surrogate family: Leeanna (Glenn) Morrison of Janeville, Dr. Chelsey Ellis (Serge Frenette) of Greater Lakeburn, NB and their children: Ivan, Chloe and Alex. Also, Chad Ellis (Karen) of Miramichi Road and their children: Kinsey and Carly.

Lloyd is also survived by many nieces and nephews and many good friends.

In addition to his parents, Lloyd was predeceased by his former wife, Elizabeth (Shannon) Sealy, his sisters: Velma, Gladys and infant brother, John.

Lloyd worked hard all his life in the fishing and lumber industry.

He had to leave his home in Janeville and move into a nursing home due to failing health. Lloyd’s family would like to thank all the Staff at the Robert L. Knowles Veteran’s Unit for taking such great care of Lloyd. Your loving care, compassion and respect for Lloyd is so greatly appreciated.

The family would also like to express their thanks to Reverend Christopher Tapera for his visits and prayers for Lloyd.

There will be no visitation at the funeral home. A funeral service will be held on July 15th,2021 at Saint George’s Anglican Church, 432 King Avenue, Bathurst, N.B. by invitation only, due to Covid-19 restrictions. Interment will be in the St. Alban’s cemetery on Bridge Street.

Lloyd’s service will be videotaped and available on Facebook later that day.