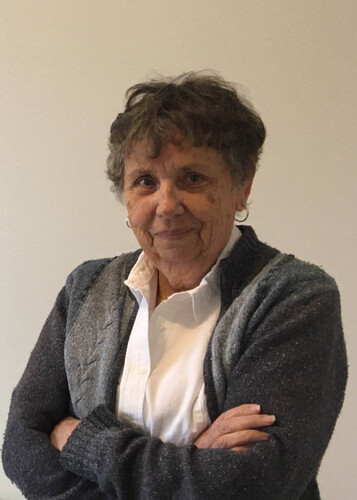 It is with great sadness the family of Evelyn Gallagher, wife of the late Joseph "Earl" Gallagher, announce her passing which occurred at the Chaleur Regional Hospital in Bathurst on Wednesday November 24, 2021, at the age of 81.

Born in Bathurst, she was the daughter of the late Aurele and Florida (Lavgine) Melanson.

Evelyn was very active and involved in her community during the years she resided in Nackawic.

She is survived by her daughter, Paula Gallagher (Gregory Adams) of Bathurst and a son, Terry Gallagher (Katherine Hunter) of Simons. Grandson, Matthew Earl Hunter Gallagher and granddaughter, Rachel Hunter.

She is also survived by a brother-in-law, Les Leach.

Besides her parents, she was predeceased by a sister, Anita.

There will be no visitation at the funeral home. Funeral service will be held at 1 p.m. on Thursday, December 2nd, 2021 from Elhatton’s Funeral Home Chapel (www.elhatton.com), Bathurst. Proof of double vaccination and a government issued ID will be required to attend the service.

Donations in memory of Evelyn may be made to Hospice Fredericton, 621 Churchill Rd., Fredericton, NB E3B 1P5 (www.hospicefredericton.ca).