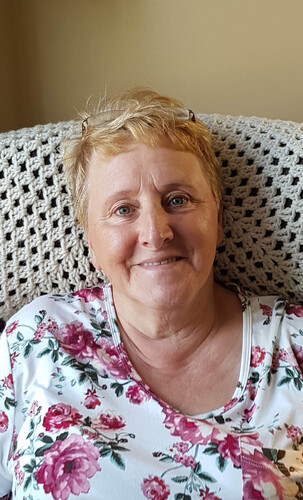 It is with great sadness, that we, the family, announce the passing of Freda McGrath, 70, wife of Ralph McGrath which occurred on Friday, September 23, 2022 at the Chaleur Regional Hospital, Bathurst.

Born in Bathurst, she was the daughter of the late Wilfred and Loretta (Caissey) Roy.

Besides her loving husband Ralph, she is survived by her children: Michel (Laurry) Lagacy of South Tetagouche, Caroline (Paul) Lagacy and Marc (Marie-Soleil) Lagacy both of Bathurst. Two step-sons Danny McGrath of Saskatchewan and Michel McGrath (Natalie) of Robertville and a step-daughter, Susie McGrath Desroches of Georgetown, ON.

Besides her parents, she was pre-deceased by a brother, Guy and a sister, Alice.

There will be no visitation at the funeral home. Funeral service for Freda will be held at 11 am Wednesday morning, September 28, 2022 at Elhatton’s Funeral Home Chapel.

Donations in memory of Freda may be made to a donor’s choice.

Arrangements are in the care of Elhatton Funeral Home (www.elhatton.com).