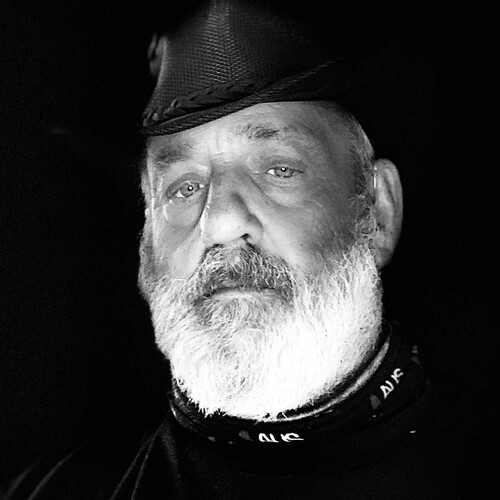 It is with sad hearts, that we, the family announce the passing of Carl Albert Nickum of Bathurst, which occurred peacefully in his sleep in Fredericton, NB on Tuesday September 27th, 2022, at the age of 63. Born in Bathurst, he was the son of the late Theodor Adoloph Nickum and Margret Helena Nickum.

He was the husband of Joanne Melanson Nickum. The father of Kyle Nickum (Kimberly White), a very proud grandfather to Alice Nickum.

He was the big brother to Susan Nickum (Daniel Kenny) and Karen Nickum. He was the uncle to Lyndsey, Kristen, and Erin. The stepfather to Robin (Amanda), Craig and Matthew Hills. With several uncles, aunts and cousins.

Carl’s choice of trade was Welding and spent his life perfecting it. He was always willing the younger ones to learn this trade. Though his trade was welding he was capable to do almost anything he put his hands to, from carpenter to working on his latest truck to helping restore a wall.

On his time off he loved spending time with close friends and family. May it be sitting at the bench relaxing to playing a good game of cards or sitting around a fire. He loved to travel to Newfoundland in recent years especially wintertime to do some ski-doing, playing a good game of darts. Taking the time each time to help his sister-in-Law getting her house in order after her husband (Louie) passed. There too he met and become friends. He was a very well respected and much-loved man. Carl, you will be a very missed in your passing. The family will receive relatives and friends at Elhatton Funeral Home in Bathurst on Friday October 7th between 10h to 12h. The funeral service will be held at the St. George’s Anglican Church on King Ave., at 2p.m. Donations can be made in his memory to the St. George’s Anglican Church, to the heart and stroke fund or to your favorite charity. Arrangements are in the care of Elhatton Funeral Home in Bathurst. www.elhatton.com