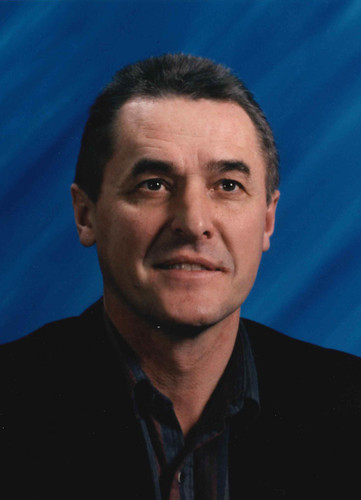 Andrew S. "Andy" Skrobot , BA, Bed, MA, 73, of Rosehill, passed away on Thursday, September 19, 2019 at the Chaleur Regional Hospital, Bathurst after a courageous battle with cancer.

Born in Kassel, Germany, he was the son of the late Stefan and Czeslawa (Janiszewska) Skrobot.

Andrew was a respected educator for 31 years, having retired as Vice Principal at Bathurst High School. He was Principal at Superior Middle School as well as Principal of Chalmers Junior High. He was recognized by the province and had won various mathematic awards. Andrew was an athlete and sports enthusiast who enjoyed coaching various school levels of basketball and volleyball. In his younger years, he won many awards for track and field and had a passion for football. For over 50 years he enjoyed the sport of racing pigeons, which included breeding, raising and digital photography of them. He had contacts all over the world with Pigeon Fanciers as he was a prominent member of the sport and contributed greatly to the Canadian Racing Pigeon Union. His website: http://www.tourdesmaritimes.com/index.htm

There will be no visitation at the funeral home. Funeral service will be celebrated on Tuesday, September 24, 2019 at 2 pm from Elhatton Funeral Chapel (www.elhatton.com), St. George St, Bathurst. Donations in memory of Andrew may be made to the Canadian Cancer Society or a charity of the donor’s choice.