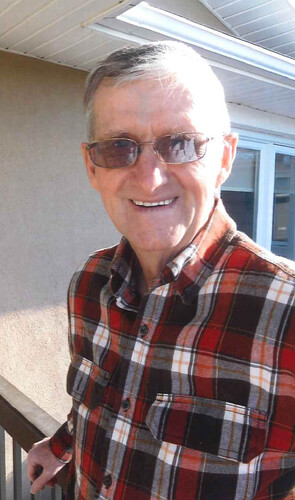 Bathurst – It is with sadness that the family of Donald “Donny” McLean, of Bathurst, announce his passing at the Chaleur Regional Hospital on Saturday, January 8, 2022, at the age of 83.

Born in Bathurst he was the son of the late Mike and Sadie (Westerburg) McLean.

Besides his wife of 60 years, Alice (LaPointe) McLean he is survived by a son, Murray McLean of Bathurst and two daughters: Stephanie McLean (Russ MacIntosh) of Baden, ON and Shelley McLean (Ken Yeung) of Toronto, ON.

He is also survived by his stepmother, Isabel McLean of Bathurst as well as several nieces, nephews and cousins.

Besides his parents, he was predeceased by his son, Don Jr. in 2010, brother Robert and a sister Jeanie.

Donny was self-employed most of his life and loved his work. He always said, “I work for the best boss in the world, myself.” He loved sport fishing, bowling, golfing and loved his many trips to Ontario to visit his daughters and sons-in-law. He was a faithful member of the First United Church.

There will be no visitation at the funeral home. Funeral service will be held on Thursday May 12th, 2022 at 2 p.m. from First United Church, St. Patrick St.

Donations in memory of Donald may be made to the Crohn’s and Colitis Foundation, the Alzheimer’s Association or a charity of the donor’s choice. Arrangements are in the care of Elhatton’s Funeral Home (www.elhatton.com), Bathurst.