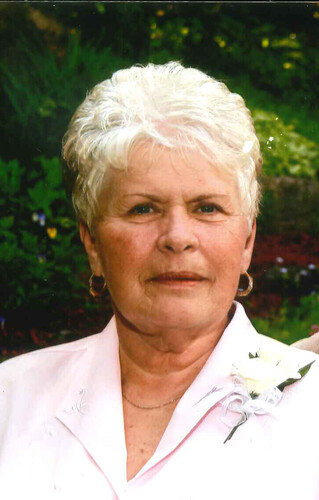 Bathurst – It is with great sadness that we the family announce the death of Mrs. Sandra Thibodeau, wife of the late Roger Thibodeau, of Blanchard Ave., Bathurst, which occurred peacefully with her four sons by her side, at her residence in the early hours on Tuesday May 10, 2022, at the age of 75.

Born in Bathurst, she was the daughter of the late Clifford and Marion (Towne) Lordon.

She is survived by four sons:  Kevin and Terry (Sonia) both of Bathurst, Keith (Christaine) of Swan Hill, AB and Shawn (Tammy) of San Antonia, Texas, USA.

One sister, Sheila Haché (Ronald) and one brother, Donald “Donnie” Lordon (Theresa) both of Bathurst.

Besides her husband and parents, she was pre-deceased by a brother, Thomas “Tommy”.

The family would like to express their gratitude for Sandra’s care team, who, in her words, were “so good to me”. We would also like to thank Kevin for his kindness and patience as he cared for mom.

Per Sandra’s wishes, there will be no visitation at the funeral home. A graveside service will be held at a later date.

Donations in memory of Sandra may be made to the Canadian Cancer Society or a charity of the donor’s choice.

Arrangements are in the care Elhatton’s Funeral Home (www.elhatton.com), Bathurst.