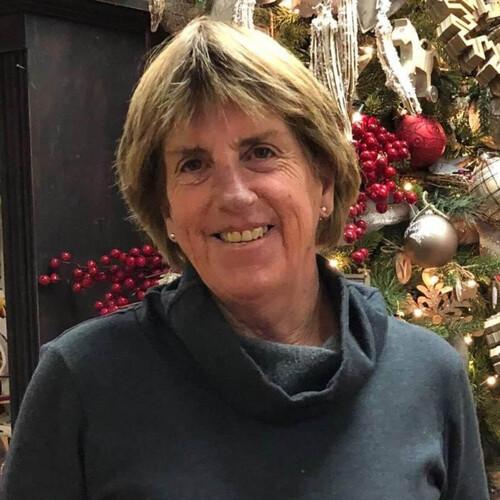 Bathurst - It is with immense sadness that we, the family, share the passing of Donna MacKay, which occurred Thursday, July 28th at the age of 65 after a short, but courageous battle with cancer

Born in Bathurst, she was the daughter of the late Frederick “Freddie” and Constance “Connie” (Tower) Mackay.

She is survived by one brother Stephen Mackay (Ethel Urbshot) of Owen Sound, ON and one sister, Wendy Sullivan (Frank) of Bathurst.

Donna graduated from St. Thomas University where she was a member of the women’s volleyball team. She graduated with a degree in education and went on to spend her career teaching in Boiestown and Blackville before returning home to Bathurst to teach her passion of art to many students at Superior Middle School. While there, she also coached and refereed volleyball and basketball. Although she enjoyed her retirement, Donna still devoted much of her time to supply teaching and working alongside her friends at Catherine and Company.

Outside of teaching, Donna’s greatest passions were golf, hockey and pickleball. She was a dedicated member at Gowan Brae for many years and served as the lady’s club president and secretary over those years. She was a season ticket holder with the Titan’s for many seasons. She will always be remembered by the kids at Youghall beach for her crafts and activities that kept them busy throughout many summers.

The family would like to express their gratitude to the nurses on the maternity ward and the palliative care unit at the Chaleur Regional Hospital as well as the nurses from the Oncology department at the George Dumont Hospital.

By family request there will be no visitation at the Funeral Home. A Memorial service will be held on Wednesday August 3rd, 2022, at 11 a.m. from the First United Church, St. Patrick St., Bathurst. Arrangements are in the care of Elhatton's Funeral Home (www.elhatton.com), Bathurst. For anyone wishing to send tokens of sympathy, the family would appreciate donations to a charity of the donors choice.