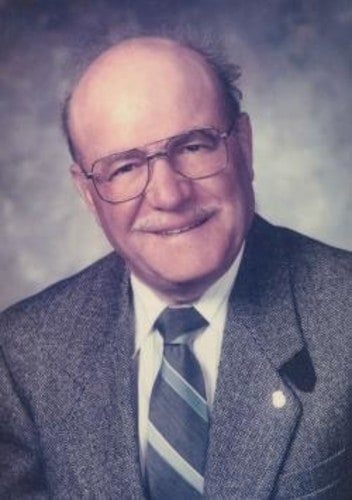 Born in Bathurst, he was the son of the late Joseph and Gertrude (Pitre) Aubé.

Wilfred was retired from the former Brunswick Mines, former 3rd Degree member of the Knights of Columbus and enjoyed playing the violin for seniors in the Bathurst area.

Besides his wife, Précilla (Lavigne) Aubé, he is survived by five children: Jacqueline Aubie (Mario Desmeules) of Drummondville, QC, Donald Aubé (Betty Daigle) and Shirley Aubé both of Bathurst, Richard Aubé of Ottawa, ON and Denis Aubé (Ginette) of Sainte-Rosette.

Four sisters: Yvonne Aubé of Ottawa, ON, Alice Aubé of Montreal, QC, Eveline Aubé of Vancouver, BC and Rita Lagacé of Moncton.

The family will receive relatives and friends at Elhatton’s Funeral Home (www.elhatton.com), Bathurst, on Wednesday, April 24th from 2 to 4 and 7 to 9 p.m. and Thursday April 25th from 12 noon until time of Funeral.  Funeral Mass will be celebrated on Thursday April 25, 2019 at 2 p.m. from the Sacred Heart Cathedral, St. Andrew St., Bathurst.  Donations in memory of Wilfred may be made to the Heart and Stroke Foundation, the Kidney Foundation or a favorite charity.