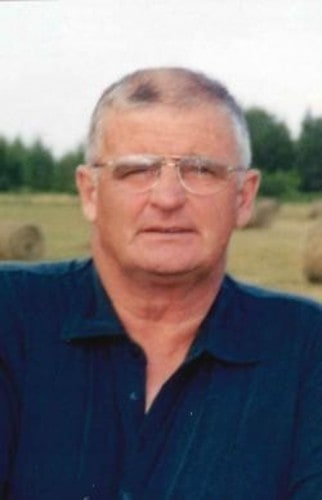 Harold Wayne "Bill" Boyle - It is with great sadness that the family of Bill Boyle, of Sunset Dr., Bathurst, announce his passing on April 29, 2019.

Bill was an avid gardener and took great pride in working with the land. He spent countless hours farming and was well known for his berry u-picks and orchard. As an entrepreneur, he built and operated several service stations and convenience stores in North Tetagouche, Tetagouche Hill, South and East Bathurst.

Always advocating for children in sports, he coached and sponsored many minor softball and hockey teams and was quick to fundraise and do what he could to see young people have the opportunity to participate.

Bill was always civic-minded, he was president of his college student council, was a founding member of North Tetagouche Recreation Center & Rate Payers’ Association, was a board member of North Regional Development Council, co-founder of N. Tetagouche chapter of North Shore Forestry Syndicate. He was on the negotiating committee for the first contract at the Smelter which set the tone for all future contracts, was chief shop steward and union secretary at the Smelter (local 2085). He was integral in getting a new bridge for N Tetagouche, having a new road built and pushing for the benefit of his community.

"Politics involves everybody" was one of his favorite sayings.

Bill was born to the late William and Margaret (Whelton) Boyle. He was very proud of his Irish ancestry and was deeply involved with several groups in archiving Bathurst’s Irish roots.

He is survived by his wife of 53 years, Yvette (Bourque) Boyle, daughter Shauna of Halifax, son Barry (Nathalie) of Moncton, grandchildren Kaylee, Kiana and Cayden. He is also survived by his sisters Joan Cameron (Bob) of Revelstoke, BC, Marie Huggins of Halifax, Kay Morgan (Bob) of Calgary AB, and Gail DeGrace (Brian) of Moncton; his brothers James and Joseph (Marthe) both of Bathurst and Daniel (Carol) of High River, AB and many nieces and nephews. He is predeceased by his parents, brother Patrick (Mary-Ellen) and sister Anne (Tom) MacDonald.

The family will receive relatives and friends at Elhatton’s Funeral Home (www.ehattton.com), Bathurst on Sunday from 2 to 4 p.m. only.  Funeral Mass will be celebrated on Monday May 6, 2019 at 2 p.m. from Holy Family Church, Bathurst.  As an expression of sympathy in Bill’s memory, the family asks that you plant a tree or put a few extra seeds in your garden this year.