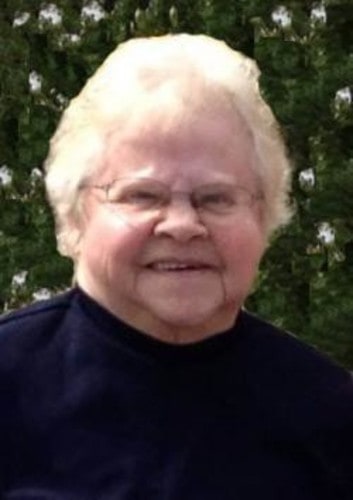 It is with great sadness the family of Brenda Jagoe of Hartin Settlement, NB and formerly of Stonehaven, announces her passing on Monday, May 6, 2019 at the Upper River Valley Hospital in Waterville, NB at the age of 75.

Born in Bathurst, she was the daughter of the late Allen and Robina (Alexander) Colpitts.

Brenda worked all her life in the fish markets and at the City Farmer’s Market.  She took pride in her working days at the former Canadian Ocean Products Plant in Grand-Anse, NB.

Besides her parents, she was predeceased by three brothers: Bennie, Keith and Kenneth and two sisters: Marjory Murphy and Ruth Colpitts.

There will be no visitation at the funeral home.  The funeral service will be held on Monday, May 13, 2019 at 2 pm from the First United Church, St. Patrick St, Bathurst.

In memory of Brenda the family asks that you always be kind to one another.  Donations in her memory can be made to the West Bathurst Cemetery Fund C/O First United Church or a charity of the donor's choice.

Arrangements are in the care of Elhatton Funeral Home (www.elhatton.com).