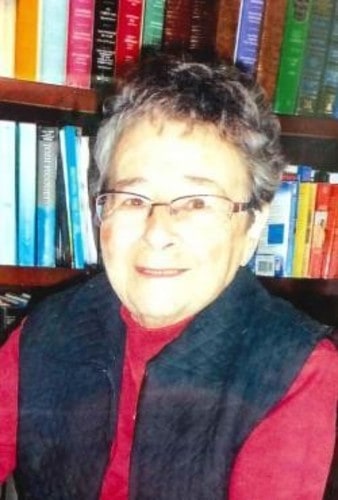 Mrs. Louise Heckbert of Bathurst, passed away on Saturday May 25, 2019 at the Foyer Notre-Dame-de-Lourdes, Bathurst, at the age of 85.

Born in Trois Rivieres, Que., she was the daughter of the late Donat and late Agnes (Frenette) DeGrasse.

She leaves behind her husband Paul Heckbert and three children: Harry of Porcupine, ON, Pauline Heckbert of Bathurst and Andrew (Anne) of Bathurst.

One sister-in-law, Jeannine DeGrasse and one brother-in-law, Austin Sullivan.

She was pre-deceased by four sisters: Clarisse, Jeannine, Alice, Cecile and a brother, Charles.

In keeping with her wishes, cremation has taken place and there will be no visitation.  Funeral Mass will be celebrated at Holy Family Church, Bathurst, at a later date.

In Louise’s memory, donations can be made to a charity of the donor’s choice.