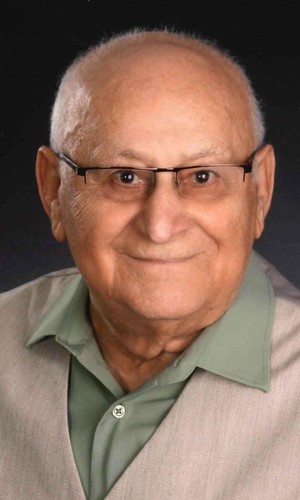 Joseph Després of Middle River passed away Sunday June 9th, 2019 at the Chaleur Regional Hospital, Bathurst, at the age of 87.

Born in Baie Sainte-Anne he was the son of the late Henri and Osithe (Durelle) Després.

He worked as a teacher most of his life and was a 4th degree member of the Knights of Columbus Mgr Wheten Assembly 0615.

He was pre-deceased by his brothers and sisters: Israël, Alonzo, Aquila, Arcade, Onéda and Laurie.

The family wishes to thank the dialysis team at the Chaleur Regional Hospital for the care given to Joseph during the last 10 years and a special thanks to Dr. Hickey and Dr. Robichaud.

Donations in memory of Joseph may be made to the Chaleur Regional Hospital Foundation (Dialysis Unit) or a charity of the donor's choice.