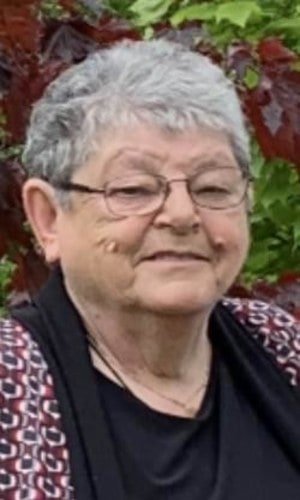 Surrounded by her family at the Chaleur Regional Hospital, Gladys Gauthier of Bathurst, passed away peacefully on Sunday June 30th, 2019 at the age of 66.

Born in Bathurst, she was the daughter of the late Edgar and Lucie (Daigle) Gauthier.

She was a beloved grandma, mother, sister and auntie.

Her precious grandchildren whom she cherished with all her heart: Terry Matthew Lavigne (her rabbit), Jacob Romeo Gauthier and Savannah Staels.

Besides her parents, she was predeceased by her son Romeo Gauthier and her daughter Amanda Lee Lavigne and her special friend Kenny Rushton.

Gladys enjoyed spending time with her family.  Whether it was playing cards or going to her weekly Tuesday night bingo, it was what brought her the most joy.  She never missed an opportunity to have her daily telephone conversations with her grandson Terry.

As per Gladys’s wishes there will be no visitation at the funeral home.  A funeral service and celebration of her life will be held on Thursday morning, July 4, 2019, at 11 am from Elhatton Funeral Home Chapel (www.elhatton.com).

Donations in memory of Gladys Gauthier can be made to Canadian Cancer Society, the Palliative Care Unit of the Chaleur Regional Hospital or a charity of the donor’s choice.

A special thank you to the staff of Palliative Care Unit of the Chaleur Regional Hospital and Elhatton Funeral Home.