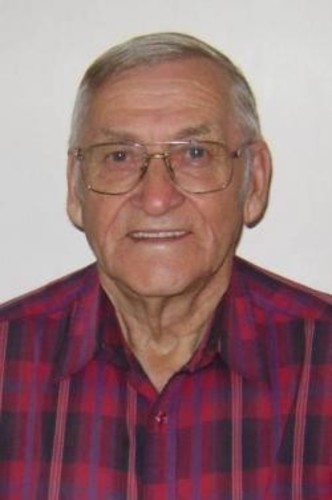 With celebration of a life well lived, the family of Edgar Murray Dunnett announce his passing on Friday, July 5, 2019 at the Chaleur Regional Hospital, Bathurst.

He was employed with NBTel for 38 years and was a member of Telephone Pioneers of America. He was deeply involved in church life from an early age, serving as usher for more than 60 years. A member of Bayview Baptist/The Point Church Bathurst, he served as trustee, boys ministry leader, and in hospitality ministries.

Visitation will be on Monday, July 8th, 2019 from 2-4pm and 7-9pm at Elhatton’s Funeral Home (www.elhatton.com), Bathurst. The funeral will be on Tuesday, July 9th at 11am at The Point Church, 780 O’Neil Ave, Bathurst. Reception to follow. Burial will be at 3:30pm at Boom Road Presbyterian Cemetery.

Donations in memory of Edgar can be made to a charity of your choice – as one of Edgar’s sayings would put it, ‘It makes no odds."