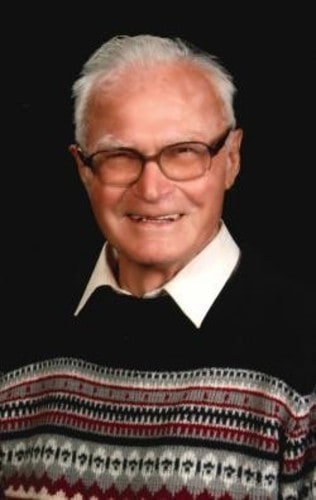 Irvin Wiseman, husband of the late Emily (Scott) Wiseman died peacefully Thursday, July 18th, 2019 surrounded by people who loved him, after a period of declining health.

Irvin worked at Brunswick Mines for 32 years retiring in 1986.  He was often heard to say that he was able to draw a pension of Brunswick for longer than he worked there. During his working career at Brunswick he held many positions but being the Mine Rescue Coordinator was the one of which he was most proud.

Irvin was a fisherman.  He had his first lobster license at the age of 14 and fished until 2018.  The fisherman at the Stonehaven Wharf were a second family to him.  It was with their support that he was able to fish until he was 88.

His winters were spent in Bathurst, meeting every morning with a group of special friends for breakfast and then off to the KC Irving center for a two-mile walk.  In the summers he lived on his farm in New Bandon looking out over the Bay of Chaleur that he spent so much time on.

Irvin was predeceased by his brothers Austin and William, sister, Katie and daughter-in-law, Mary.

The family would like to thank all the doctors, nurses and paramedics who assisted in his care over the last few weeks.

Donations in memory of Irvin can be made to the Shiners Transportation Fund or a charity of your choice.