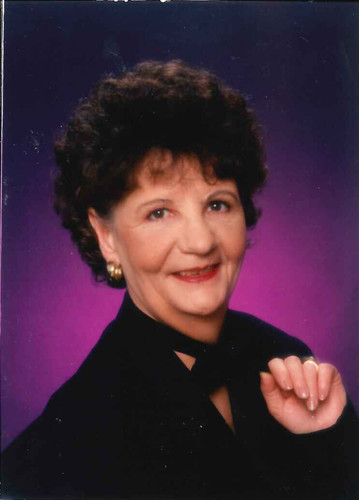 The family of Georgina (Beal) Doucet-Pitts sorrowfully announces her death following an unexpected passing at the Chaleur Regional Hospital on Wednesday July 24th, 2019.

She was the wife of the late Bernard Doucet and daughter of the late William and Eva (King) Beal.

She was a member of the Ladies Axillary of the Herman J. Good V.C. Branch 18 Royal Canadian Legion.

In her spare time she liked to go bowling and playing shuffle board.

She leaves behind two sons: Kevin of Calgary, AB and Keith Doucet of Scarborough, ON. One daughter Karla Doucet of Kingston, ON and one grandson Kalin Doucet.

She was predeceased by her sisters: Betty, Hazel, Geraldine and Evelyn. Brothers: Arthur, Charles and Jack.

There will be no visitation at the funeral home. Funeral service will be held Monday July 29, 2019 at 3 p.m from Elhatton’s Funeral Home Chapel, 187 St. George Street, Bathurst.

Donation’s in memory of Georgina may be made to the Royal Canadian Legion or a charity of the donor’s choice.