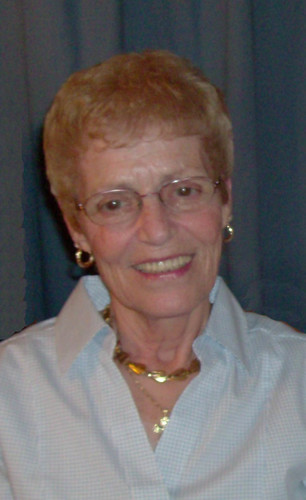 Nigadoo – Mrs. Violet Doucet, wife of the late Aldéric H. Doucet passed away Monday July 29th, 2019 at her residence at the age of 82.

Born in Bathurst, she was the daughter of the late Raymond and (Emily St-Pierre) Couture.

She is survived by two daughters: Linda Hébert (Denis) of Nigadoo and Joanne Godin (Danny) of Petit-Rocher.

Besides her husband Aldéric, she was predeceased by her son Robert, four brothers: Aurèle, André, Wallace and Armand; two sisters: Jeannita and Evangéline.

There will be no visitation at the funeral home. Funeral mass will be celebrated on Wednesday August 7th, 2019 at 4 p.m. from St. Polycarpe Church, Petit-Rocher.

Donations in memory of Violet may be made to the Extra Mural Program, the Canadian Cancer Society or a charity of the donor’s choice.

Arrangements are in the care of Héritage Funeral Home (www.mfheritage.com), of Beresford.