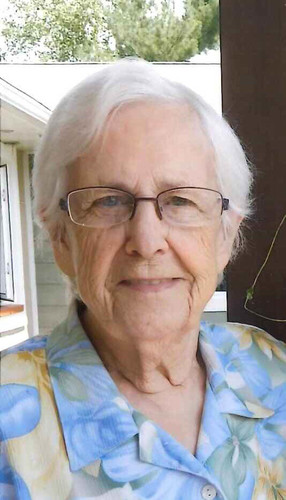 Theresa Theriault passed away Tuesday, October 1st at the Chaleur Regional Hospital in Bathurst at the age of 90. Born in Bathurst, she was the daughter of the late Louis Theriault and the late Winnifred (Duguay) Theriault.

Besides her parents, she was predeceased by a daughter Barbara Anne Arseneau, two sons: Ronald William Hudon and Yvon Hudon, a grandson Rémi Roy; Three brothers: Aurèle, Fred and Edgar; and a sister, Jeanne.

There will be no visitation at the funeral home. A funeral service will be held at a later date.

Donations in memory of Theresa may be made to New Brunswick Heart and Stroke Foundation or a charity of the donor’s choice. Arrangements are in the care of Elhatton Funeral Home (www.elhatton.com), Bathurst.