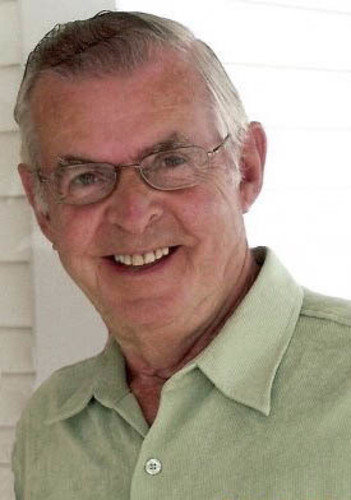 It is with much sadness that the Arsenault children announce the passing of their father, J. Ned Arsenault, at the Foyer Notre Dame de Lourdes on November 28th with family by his side. He was 86 years old.

Ned was the devoted husband of the late Merina Arsenault. He is survived by his children Debbie, Kevin (Kelly), Carol Ann (Allan), David (Debi) and Jeff (Shari), grandchildren Andrew, Allison, Joel, Jayna and great granddaughter Harper, as well as his brother Percy and sisters Jackie, Antoinette and Lucia.

He was predeceased by his parents Victorin and Eufrida, daughter Christine and grandson Justin, his sisters Leona, Irene and Marie, and brothers Raymond, Leonard, Edgar and Louis.

Born in Egmont Bay, PEI, Ned moved to Bathurst and eventually opened his own business ‘Ned’s TV and Sound Lab’ and then worked at the Federal building until he retired. He worked tirelessly all his life to provide for his large family of six children.

Ned was an active member of the community, spending time as a Scout leader, member of UCT and Holy Family Choir. He always enjoyed his times upriver at the camp and being a handyman in the workshop. Ned was always happy to entertain with his many friends, especially his Wednesday night drop ins, Saturday night card games, and hosting “Merina’s Boxing Day Parties!”. He will be dearly missed by all.

Visitation will be at Elhatton’s Funeral Home (www.elhatton.com) on Sunday, December 1st, 2-4 pm and 7-9 pm with the funeral mass on Monday, December 2nd at 2pm at Holy Family Church. Donations in memory of Ned can be made to a charity of your choice.