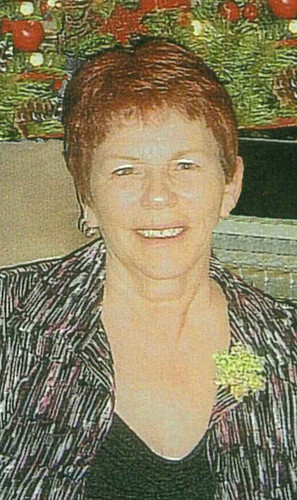 It is with great sadness the family of Marilyn Caissie, wife of Ronald Caissie, of Bathurst, wishes to announce her passing which occurred on Thursday December 19, 2019 at the Chaleur Regional Hospital, Bathurst at the age of 66.

Born in Bathurst, she was the daughter of the late Emile and late Stella (Hachey) Couture.

Besides her husband, she is survived by her children: Tammy (Jeff) Dunn of Pabineau Falls and Richard (Kristina) Caissie of Big River. Five grandchildren.

She was predeceased by a brother, Martin.

There will be no visitation at the Funeral Home. Funeral Service will be held on Monday December 23, 2019 at 11 a.m. from Elhatton's Funeral Home Chapel (www.elhatton.com), Bathurst. Donations in memory of Marilyn, may be made to the Canadian Cancer Society or a charity of the donor’s choice.