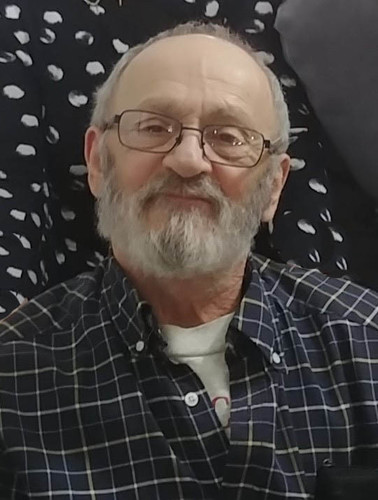 It is with heavy hearts that we, the family, announce the passing of Ronald “Ronny” LeBlanc of Bathurst which occurred on January 8th, 2020 at the age of 70.

Born in Bathurst he was the son of the late Aurèle LeBlanc and the late Gertrude Gagnon.

He is survived by one daughter, Hélène LeBlanc (Zoltan Szakacs) of Whitby, ON. and one son, Raymond LeBlanc (Paryse) of Dieppe and their mother Louise Ouellette of Bathurst.

Several nieces and nephews, uncles and aunts, cousins as well as many good friends.

Ronny appeared to be put on this earth to bring a smile to everyone he encountered. He got incredible joy out of meeting and talking with people during his many years as a barber, outings at sporting events or at any other gatherings. Ronny was a member of the Knight of Columbus. He will be tremendously missed by his family and friends.

Extended gratitude goes out to the staff at the Vienneau's Residence where he called his home for the last year, the medical team at the Bathurst Regional Hospital for his many visits and to the Bathurst Volunteer Firefighters Association who always made room for him at their special functions ever since his time as a volunteer firefighter.

There will be no visitation at the funeral home. Funeral service will be held Tuesday January 14, 2020 at 2p.m. from the Elhatton’s Funeral Home Chapel (www.elhatton.com). In memory of Ronny donations may be made to the Canadian Diabetes Association or a charity of the donor’s choice.