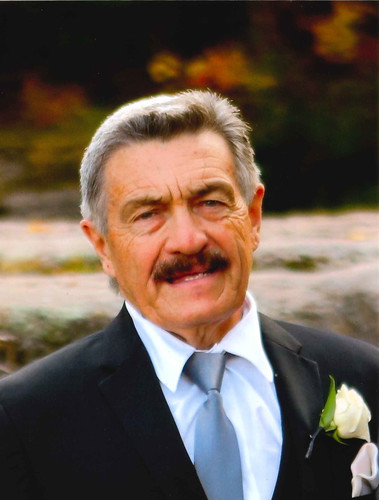 It is with great sadness that the loving family of John Henry Duguay, of Bathurst, announces his passing on Tuesday, February 18, 2020 at the Chaleur Regional Hospital at the age of 73, after a courageous battle with cancer.

Born and raised in Bathurst, John was the son of the late Lionel and Mary (Cassidy) Duguay. He attended Holy Family and Leblanc High Schools and went on to study at Concordia University in Montreal.

He leaves behind his loving wife, Bonnie (Relph) Duguay, his two children, Rachelle Duguay Slaviero of Moncton and Luc Duguay (Vanessa) of Bathurst, and his step-daughter, Erika Gallacher (Richard) of Bathurst.

He will be greatly missed by his four grandchildren: Matteo, Zackary, Ellie and Clara.

John is survived by his sisters Anne Marie McCarthy (Bill) of Burlington, ON, Helen Hachey (late Ralph), Jean Boylan (Bob), Clare Arseneau (Alfred) all of Bathurst, and one brother, David Duguay (Clark) of Ottawa, ON and many nieces and nephews.

Besides his parents, he was predeceased by one brother, James Duguay, in 2015.

John worked for the City of Bathurst for 35 years, retiring in 2007. During this time, he spent five years as Vice President and President of the local union. He also worked at Consolidated Bathurst and Brunswick Mines for a short time.

John was heavily involved in the community as a coach and was President of the Bathurst Minor Baseball Association. He also volunteered in minor hockey as well as the Canadian Cancer Society.

John led an active lifestyle. He could often be seen walking the Bouctouche dunes and swimming in the ocean, where he and Bonnie spent their summers.

The family would like to thank the doctors and staff of the Chaleur Regional Hospital Oncology Department as well as Dr. LaGarre and Team at the Saint John Regional Hospital for the excellent care he received.

The family will receive relatives and friends on Monday, February 24, 2020 at Elhatton’s Funeral Home (www.elhatton.com), Bathurst from 12 noon until time of funeral, which will be held at 2 p.m. from Holy Family Church.

In memory of John, donations to the Colon Cancer Society of Canada, or a charity of choice, would be appreciated.