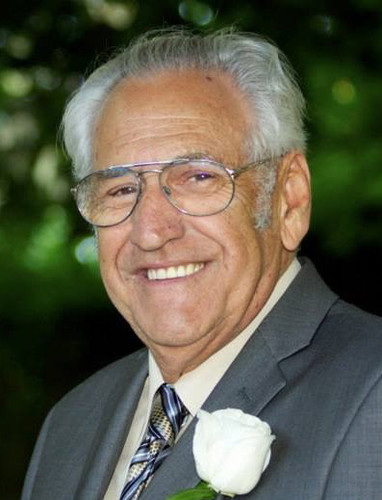 It is with great sadness that the family of Aubin Doucet, husband of the late Gilberte (Boulay) Doucet of Beresford, announce his passing which occurred on Wednesday, February 19th, 2020 at the Chaleur Regional Hospital in Bathurst at the age of 81.

Born in Robertville, he was the son of the late Donat and Sarah (Frenette) Doucet.

He is survived by his special friend, Edwidge Boudreau, his sons: Michael (Sonia) of Beresford and Ludger (Nathalie) of Dunlop; his daughters: Gloria Doucet (Jack) of Beresford,  Linda Solimine (John) of Guelph, ON,  Carole LeBlanc (François) of Moncton and  Monica Doucet (Shane) of Fredericton.

Ten grandchildren and one great-grandson.

He is also survived by a brother, Irené (late Leda) of Petit Rocher and a sister, Thélerise (feu Raymond Casey) of Bristol, New Hampshire, USA.

Aubin was the founder of Chaleur Building Supplies in Beresford.

He was predeceased by his brothers: Onésiphore, Ulric, Réginald, Séverin; one sister, Sylvia and a half-sister, May Alma Lemarec.

The family will receive relatives and friends on Monday, February 24, 2020 at Heritage Funeral Home (www.mfheritage.com) Beresford, from 7 to 9 p.m. and on Tuesday, February 25th from 2 p.m. until time of funeral which will be celebrated at 4 p.m. from Holy Name of Jesus Church in Beresford.

Donations in memory of Aubin may be made to the Canadian Cancer Society or a charity of the donor’s choice.