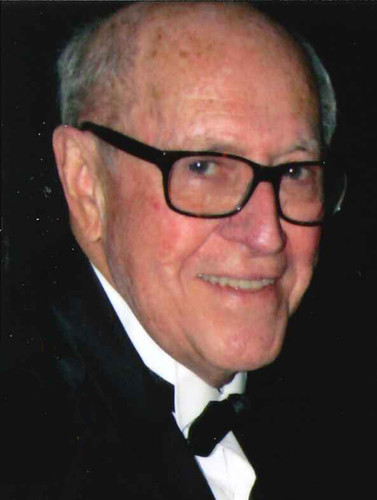 With celebration of a life well lived, we the family announce the passing of Albert Lavigne, of Payne Court, Bathurst, which occurred on Monday March 2, 2020, at the Chaleur Regional Hospital, Bathurst at the age of 82.

Born in Bathurst, he was the son of the late Charles Sr. and Elizabeth “Bessie” (Melanson) Lavigne.

Albert was the former principal of Superior Junior High School from 1966-1989. He received his PhD from the University of Ottawa 1981.

Albert was heavily involved in the community as well outside of Canada through various committees. He was a 4th Degree Member of the Msgr. Wheton Assembly, Knights of Columbus 0605, Bathurst. Albert’s outstanding dedication and contributions to his community were recognized when he received the Paul Harris Fellowship Award in May of 2019.

His is survived by his loving wife of 57 years, Claudette (Doucet) Lavigne and his daughter, Darlene of Dieppe.

He was pre-deceased by brothers: Paul, Robert, Charles, sisters: Gertrude, Mildred and Evangeline.

The family will receive and friends at Elhatton’s Funeral Home on Thursday, March 5th, 2020 from 7 to 9 p.m. Funeral Mass will be celebrated on Friday March 6th, 2020 at 10 a.m. from the Sacred Heart Cathedral, Bathurst.

Donations in memory of Albert may be made to the Bathurst Association for Community Living, the Bathurst Volunteer Centre or a charity of the donor’s choice.