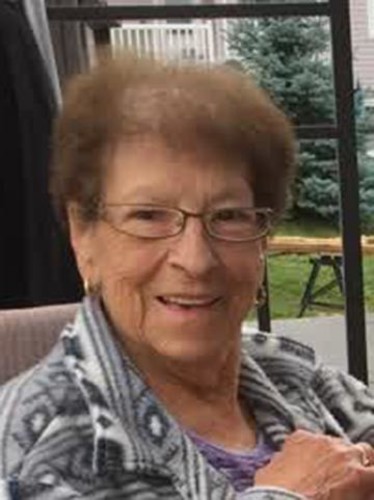 It is with great sadness that the family of Dora Mackenzie, 87 of King Avenue. Announce her passing on April 1, 2020 at the Chaleur Regional Hospital, Bathurst. She was the wife of the late Robert (Bobby) MacKenzie, and partner of the late Herman (T-Boy) Aubie.

Born in Doyleville, NB, she was the daughter of the late Joseph Hickey and the late Lena Hickey.

Dora was a hard worker throughout the years working at Steadman’s Department store and Dixie Lee.

She loved camping, playing darts, family reunions and entertaining family and friends at Christmas time with her famous spaghetti recipe.

Besides her parents she was pre-deceased by her four brothers; Urban(Opal), Leonard (Hazel), Delphis (Viola)and Alphie (Yolande Couture), One sister Charlotte Gray (Timmy), and one great granddaughter Ashley.

There will be no visitation. Due to the Pandemic, Funeral Service will be held at a later date from Elhatton’s Funeral Home Chapel, Bathurst.

Donations in memory of Dora may be made to the Heart and Stroke Foundation, the Canadian Cancer Society (www.cancer.ca) or a charity of the donor’s choice.