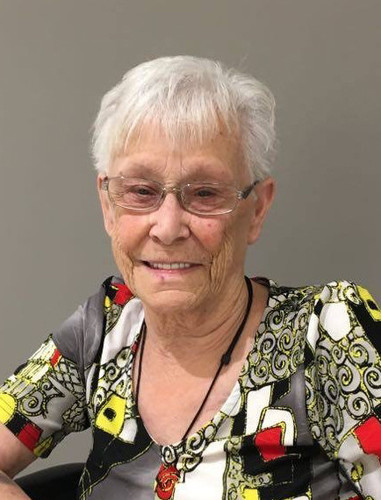 Beresford – Mrs. Denise Savoie, 73, wife of the late Roger "Falloune" Savoie, of Beresford and formerly of Bathurst, passed away on Thursday April 2, 2020 at her residence in Beresford.

Born in Bathurst, she was the daughter of the late Nicholas and Marguerite (Lagacy) Daigle.

She is survived by two daughters:   Huguette Landry (Marcel) of Beresford and  Carole Savoie (André Boisvert) of Lévis, QC and one son, Serge of Bathurst.

She was pre-deceased by a son, Michel.

The family would like to thank the in-home care givers Linda Bertin, and Barb McAleer.

There will be no visitation at the Funeral Home. Due to the Pandemic, Funeral Mass will be celebrated at a date and time to be announced from the Sacred-Heart Cathedral, Bathurst. Donations in memory of Denise may be made to the Children’s Wish Foundation or a charity of the donor’s choice. Arrangements are in the care of Elhatton's Funeral Home (www.elhatton.com), Bathurst.