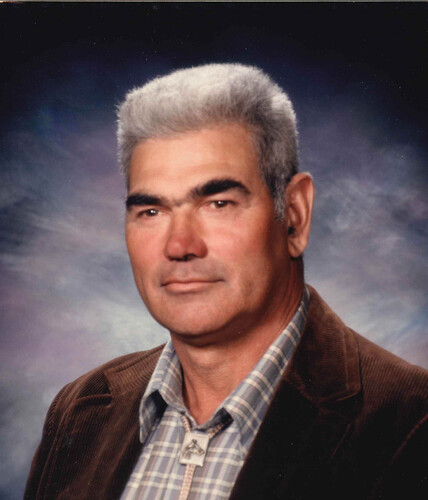 He was predeceased by his first wife Theresa (Lavigne) Pitre, his son Vincent and daughter Marie, his brothers Richard, Alphée and sister Jeanette.

He was born and raised and went to school in Sainte Anne. From horse and buggy selling butter in town with his mom to modern day Bathurst. As a young man he worked at the Sanatorium and Model farm, cutting pulp wood and gardening and he also worked in tobacco fields in Ontario. He worked in Eliot Lake, Ontario at the Stanrock Uranium Mine. George was married to Theresa Lavigne in 1953, they had 2 children Roger and Danny. He moved back to NB in 1965 and worked at the Bathurst Mine, as a foreman until he retired in 1990. Theresa passed away on April 20th, 1999.

He married his second wife Vivian on September 9th, 2000. They still lived at the family farm in Sainte Anne where they shared their love of raising cattle, horses, sheep and many other animals.

George was happiest while working the farm. He will be remembered for his hard work ethic, love of farming and animals, his sleigh rides with his team of Belgian horses, his sense of humor and the love he had for his family.

He will be deeply missed and never forgotten by his family, friends, pets and all who knew him.

There will be a celebration of his life at a later date. Donations in memory of George may be made to a charity of the donors choice. Arrangements are in the care of Elhatton’s Funeral Home (www.elhatton.com), Bathurst.