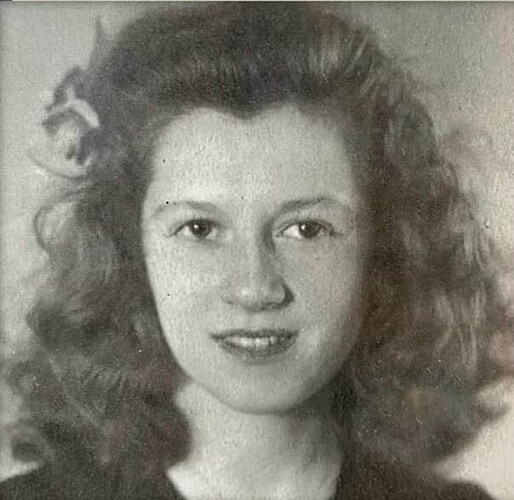 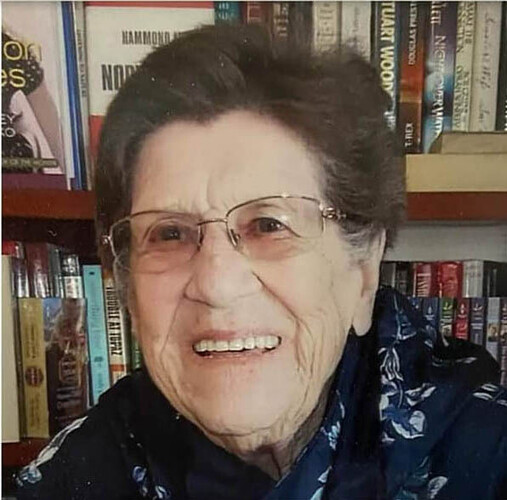 Bathurst - Mrs. Leah (Caissie) Blackmore passed peacefully from this life at the Chaleur Regional Hospital after a brief illness. She was 92.

Born in Petit Rivière-de-L’Île, NB, she was the daughter of the late Théotime Caissie and the late Dorina Chiasson.

Leah is survived by 14 grandchildren, 3 great-grandsons and many nieces and nephews.

She was predeceased by her husband Jeremiah “Jed” Blackmore, a son Christopher, a granddaughter Abigail, as well as 3 brothers and 3 sisters. Leah has 2 siblings living in Canada, her brother Peter and sister Georgina.

Leah’s life was one of love, generosity, and community service. She was a devoted mother who was always there for her children and their wellbeing. A fantastic cook, she was forever asked for her recipe for donair meat and sauce and meat pies, to name a few. She was the epitome of what a grandmother should be: always hugging and playing with her grandchildren, crafts and food, and a pitcher of peach juice at the ready in the fridge. Waffles were on the menu for breakfast at Nanny’s house, and her grandbabies loved it. With so many children, their friends came to know Leah and love her like a mom, and to this day she is widely remembered as a mom who took care of so many, beyond her own.

As a member of the Holy Family Catholic Church for years, Leah sang in the choir for numerous years, was a member of the Catholic Women’s League and taught catechism to the wee ones, which she loved. She was a member of various organizations around Bathurst: President of the Canadian Red Cross Bathurst Chapter, Royal Canadian Legion Herman J. Good Branch #18 Legion Ladies Auxiliary, TOPS, Senior Fun and Fitness Instructor, member of the Bathurst Liberal Association, Bowling League, Curling League, and Meals on Wheels. She would fill her “downtime” by volunteering to go on school trips with her children or sitting with elderly members of the community when they were ill. There was no stopping the charity she had to share with everyone, it was truly her passion to help and do good, always with a smile.

A funeral service and party to celebrate Leah’s long and loving life will be held at a later date which will be announced.  Donations in Leah’s memory can be made to the Canadian Red Cross of Atlantic Canada, something that was always near and dear to her heart. Funeral arrangements are in the care of the Elhatton’s Funeral Home (www.elhatton.com) of Bathurst.