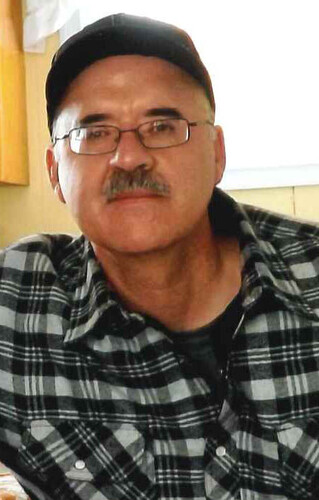 It is with great sadness that the family of Gary Bryanton, husband of Joanne (Doucet) Bryanton of Bathurst announce his passing which occurred at the Chaleur Regional Hospital on Tuesday, June 9th at the age of 58.

Born in Bathurst, he was the son of the late Marion Moody and Frederick Bryanton.

Besides his loving wife of 38 years Joanne, he is survived by his four children:  Melissa (Michel Lanteigne), Jonathan, Tiffany (Françis Boudreau) and Gary-Frederick (Alyssa Roy), all of Bathurst.

His sister Peggy Bonci of Connecticut, USA. Many nieces and nephews.

He was predeceased by sisters: Shirley, Mildred and brothers: Elmer and Lloyd.

He was a member of “Local 550” and worked as an Industrial Mechanic for the City of Bathurst for 34 years.

Gary loved tinkering and could be found in his garage working on projects. If you couldn’t find him there, he was either giving a helping hand to someone in need, at Ray and Barb MacKenzie’s playing “TOC”, in the woods enjoying what nature had to give or with his precious family and grandchildren whom he adored. He was very proud of each and every one of them. His family meant the world to him.

There will be no visitation at the funeral home. A private service will be held. Donations in memory of Gary may be made to the Canadian Cancer society, the Bathurst SPCA, or a charity of the donor’s choice.