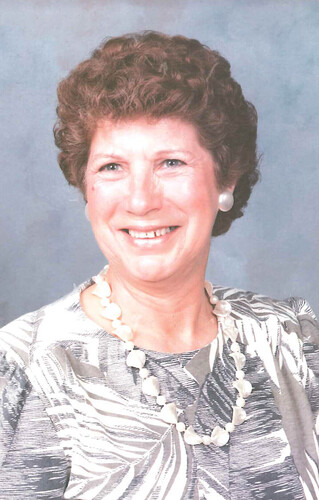 Mrs. Dorina Drisdelle, wife of the late Willie Drisdelle, of Beresford, passed away Tuesday, June 16th, 2020 at the Chaleur Regional Hospital in Bathurst at the age of 89.

Born in Robertville she was the daughter of the late James and Arthemise (Landry) Pitre.

She is survived by four children: Diane Solomon of Beresford, Shirley Dellaire (Bob) of Sudbury, ON, Nicole Laflamme (Gerry) of Kapuskasing, ON and Robert of Vancouver.

One sister, Léona Comeau (Clétus) of Beresford and many nieces.

She was predeceased by on son, Jack and several brothers and sisters.

Dorina worked at CIBC in Ontario, retiring in Beresford. She was an avid lover of lobster and playing cards.

There will be no funeral service. A gathering will be held in Ontario at a later date.

Donations in memory of Dorina may be made to the Immaculée-Conception Church in Kapuskasing (4 Summers Ave, Kapuskasing, ON P5N 1R1) or a charity of the donor’s choice.

Arrangements are in the care of Heritage Funeral Home (www.mfheritage.com), Beresford.