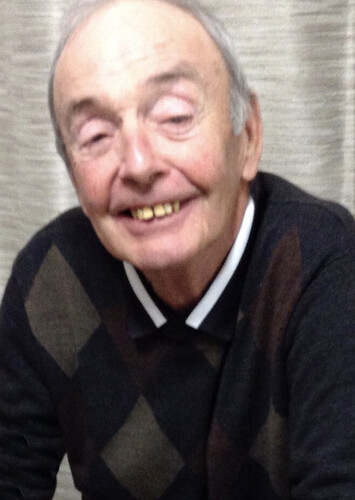 Bob was born November 1941 in Vancouver, BC, the son of the late Dr. Percy and Marjorie Losier.

Bob was a lifelong educator who took pride in teaching the youth of the area. His teaching career began in 1965 in Matagami, Quebec, moved to Boisetown and then settling at Bathurst High School in 1971. He finished his career as the Vice Principal of Bathurst High School. Bob coached student curling for a time and later was staff advisor for the Year Book Committee. His creative approach to teaching science made it interesting, fun and memorable for his students. His quick wit and keen mind ensured that his students developed a love of sciences, many going on to pursue doctorates. He earned the respect of his peers on several occasions including being named the New Brunswick Science Teacher of the Year in 1988, the President of the New Brunswick Science Council, and later the President of the Canadian Association for Science Educators. During his career he was an active member of the New Brunswick Teachers Association and in retirement, the New Brunswick Society of Retired Teachers.

Bob’s passion for golf was evident in the many hours he volunteered. He served as the Secretary/Treasurer of the North Shore Golf Association for more than 25 years, as well as a member of the Board of Governors for the New Brunswick Golf Association. His contribution to the Gowan Brae golf community will continue to be evident for years to come.

In retirement, Bob will most certainly be remembered as an avid Duplicate Bridge player, having attained the Silver Life Master designation. His volunteer work extended into the Bathurst Duplicate Bridge Club where he served as President and later as Manager. His commitment to community leadership led him to join the Kinsmen Club of Bathurst. Although he was a former curler and in recent years a bowler, he was happiest on the golf course. He and Judy loved to entertain in their back yard as often as possible.

The family would like to thank Extra-Mural and all the health care professionals involved in his care for making this journey as comfortable as possible.

There will be an informal gathering of friends and family at their home on Friday August 7th 1pm – 4pm and 7pm – 9pm and Saturday August 8th 1pm – 4pm. All Covid-19 recommendations will be in effect with appropriate social distancing in place. A family funeral service will take place at a later date. As there will be no formal wake and a funeral service at a later date, a donation to the charity of one’s choice is much appreciated.