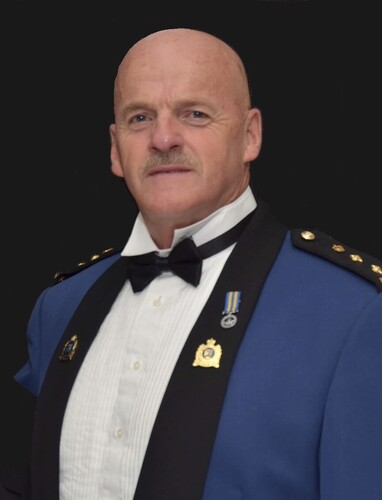 With celebration of a life well lived, we the family, announce the passing of Bernard Allain "Bernie", partner of Alice Vickers of Bathurst, New Brunswick, which occurred on Monday August 31, 2020 at the Chaleur Regional Hospital at the age of 69.

Bernie is predeceased by his parents Zoël and Amanda Allain, his sister Andréa Allain and stepson Joshua Holland.

Bernie dedicated 46 years of service to the Bathurst Police Force, beginning as a patrol officer and moving up through the ranks to eventually hold the position of Deputy Chief of Police until his retirement in 2015. Bernie was well regarded by his peers and the communities he served, receiving the police exemplary service medal in 1989. Bernie was an avid runner and sports fan and enjoyed traveling around North America to watch his favorite baseball and hockey teams.

There will be no visitation. A private memorial service for family will be held Tuesday September 8, 2020 at the Holy Family Catholic Church.

In memory of Bernie, donations can be made to Badge of Life Canada www.badgeoflifecanada.org