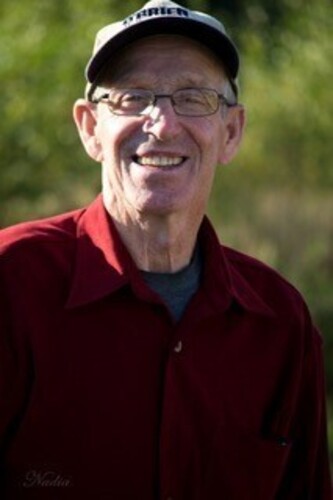 It is with great sadness that the family announce the passing of their father, Régis Bérubé, husband of the late Yvette (Boucher) Bérubé, formerly of Bathurst, which occurred at the Résidence Faubourg du Mascaret in Moncton, on Tuesday September 8, 2020 at the age of 74.

Born in 1946 in St-Luc-de-Matane, he was the son of the late Antoine and the late Yvonne (Thibault) Bérubé.

His sisters : Jeanne-Aimée of Baie-Comeau, QC , Lucianne (Jean-Guy) of Matane, QC, Gaétane (Réjean) of Baie-Comeau, QC; brothers: Cyril (Lorraine) and Emilien (Nancy) both of Bathurst, Renald of Matane, QC, Pierre-Paul of Saint-René, QC; three sisters-in-law : Pat Collins (Dominic) of Gande Prarie, AB, Marcella Boucher (Serge) and Etta Scott (Ron) both of Bathurst and one brother-in-law Guy Boucher of Bathurst; as well as many nieces and nephews.

He was predeceased by his siblings: Lumina, Ghislaine, Julienne, Relia, Rosaire, Adrien, Julien and Clarence all from Québec. And a sister-in-law, Shirley from Bathurst.

Régis was known as a very generous man and was very proud of his work as a driller. He owned and operated Régis Drilling Ltd. for over 40 years. He was also a member of the Knights of Columbus.

The family wishes to sincerely thank the staff of the Résidence du Faubourg du Mascaret for the excellent care given to Régis during his stay.

The family will receive relatives and friends on Wednesday, September 16th from 12 noon until 1:30 p.m. at Elhatton’s Funeral Home (www.elhatton.com). A funeral mass will take place at Holy Rosary Church. There will be no reception following the mass.

In memory of Régis, a donation to the charity of your choice would be appreciated by the family.