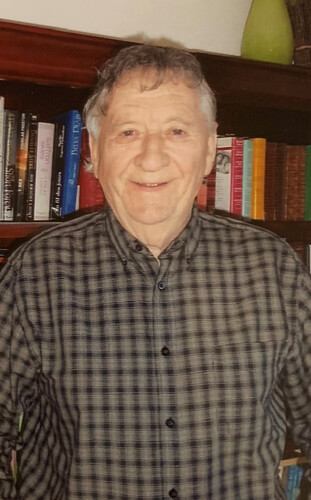 It is with heavy hearts that the family announce the passing of Ronald Drysdale at the age of 83, on Wednesday, October 28th, 2020 at The Chaleur Regional Hospital.

Ronald was born in Bathurst, NB. He was the son of Margaret Drysdale (DeGrace) and John Drysdale of Bathurst.

He will be dearly missed by his sons Keithen Drysdale of Bathurst, Chris Drysdale (Kenleigh) of Bathurst, and his grandchildren whom he loved, cherished, and admired; Blythen Drysdale, Adayleigha Drysdale, and Kaeden Drysdale. His sister, Jeanie (Les), as well as his brothers, Roger (Amy), Adelard (Loretta), Gerald, and Cecil.

He is predeceased by his parents and his brother and twin sisters who passed at birth.

Ronald was a very proud father and Grampie. He spent many years at his camp where he enjoyed the calm and tranquility of the lake as well as cooking for all his family and friends.

Ronald was a businessman in Bathurst for over 55 years with Ron’s Amusements, Motel, Automats, and Classic Pools, just to name a few.

A private family celebration in memory of Ronald will take place at the Holy Family Church by invitation only. Donations in memory of Ronald may be made to the Bathurst Palliative Care or a local charity of your choice. Arrangements are in the care of Elhatton’s Funeral Home (www.elhatton.com) in Bathurst.